I recently had a long layover in Seoul and took the train into the city to wander for the day. With twelve hours, I did what I love most: explored a new city on my own, wandered down alleyways, hunted for street art, and got lost.

My first stop in the morning was Gyeongbokgung, the main royal palace of the Joseon Dynasty for 500 years. It was built in 1395, burned and abandoned for centuries, rebuilt and destroyed in the early 20th century, and has been gradually restored since then. 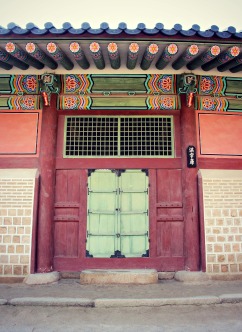 A door at Gyeongbokgung Palace, Seoul. 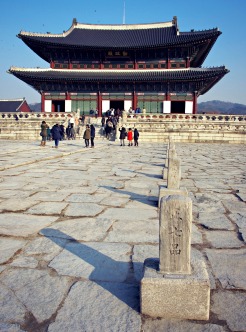 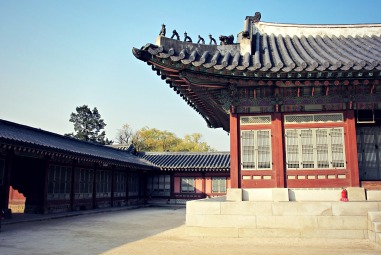 After visiting the palace, I moved on to Insadong, a neighborhood just south of Anguk Station. Most of the tea shops along the main street, Insadong-gil, weren’t open yet, so I browsed inside antique stores and strolled through Ssamziegil, a mall complex with shops of local designers and artists. There’s an air of whimsy to the art on the streets. 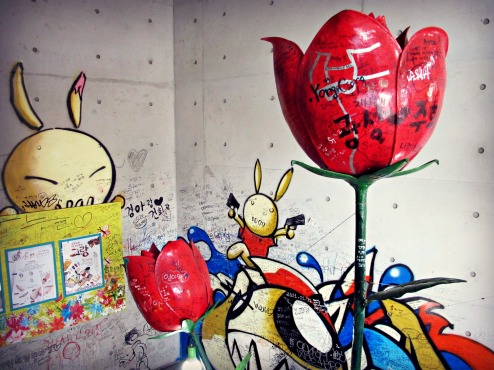 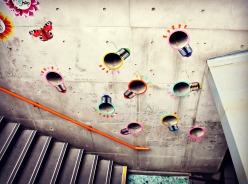 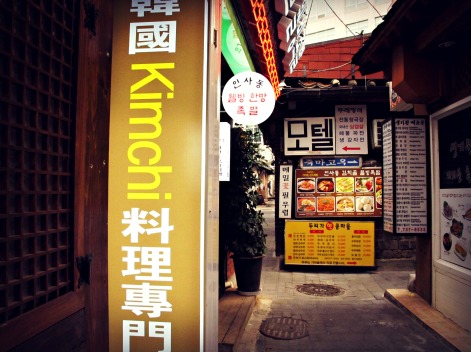 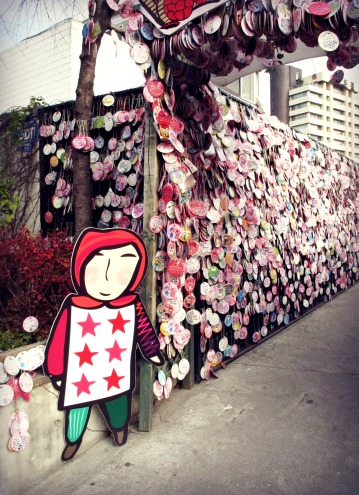 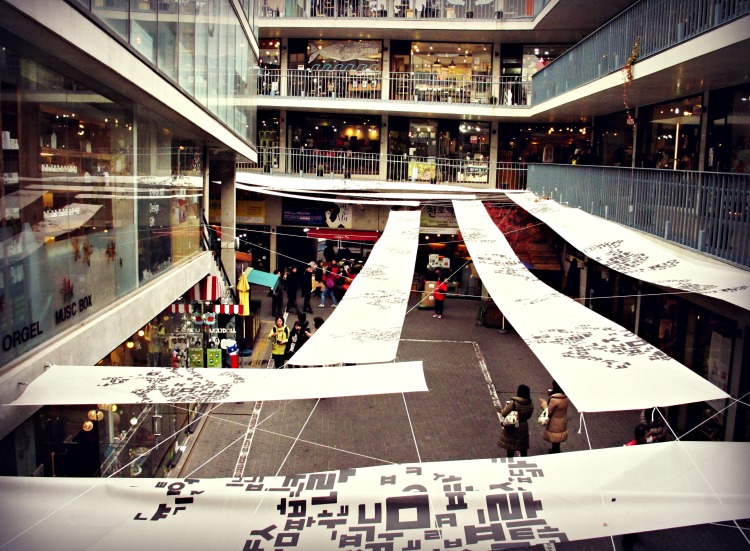 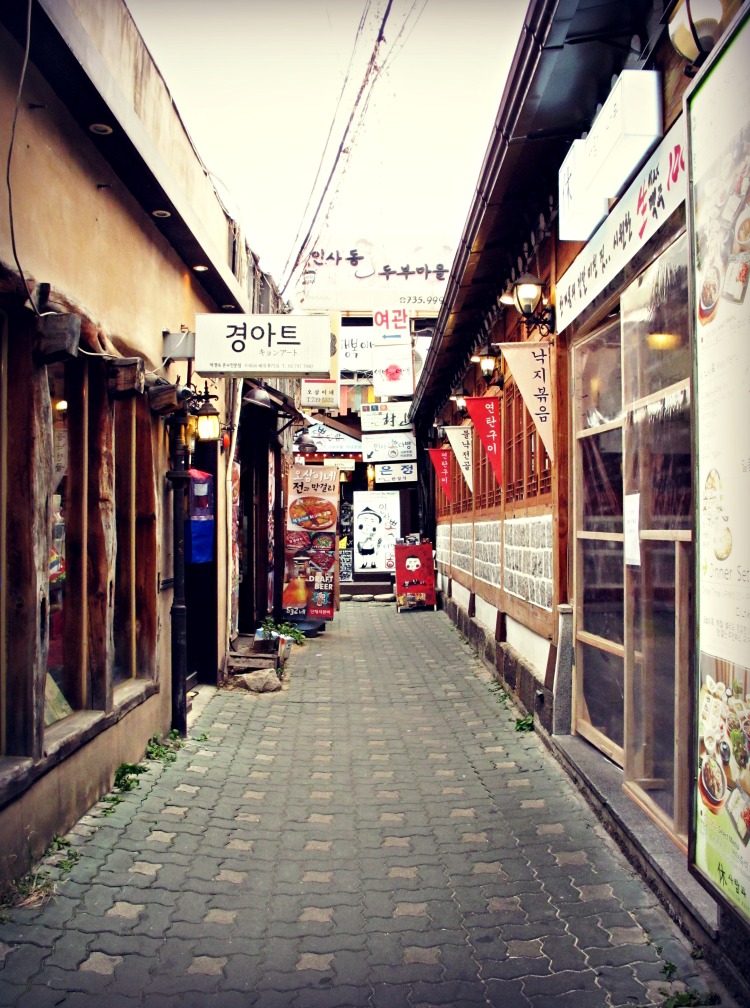 I retraced my steps on Insadong-gil and walked up the winding street into Samcheong-dong, a hilly neighborhood that’s traditional yet eclectic: home to the restored traditional-style Korean houses of Bukchon Hanok Village, and boutiques, cafes, galleries, and street art. Some lovely views up here. 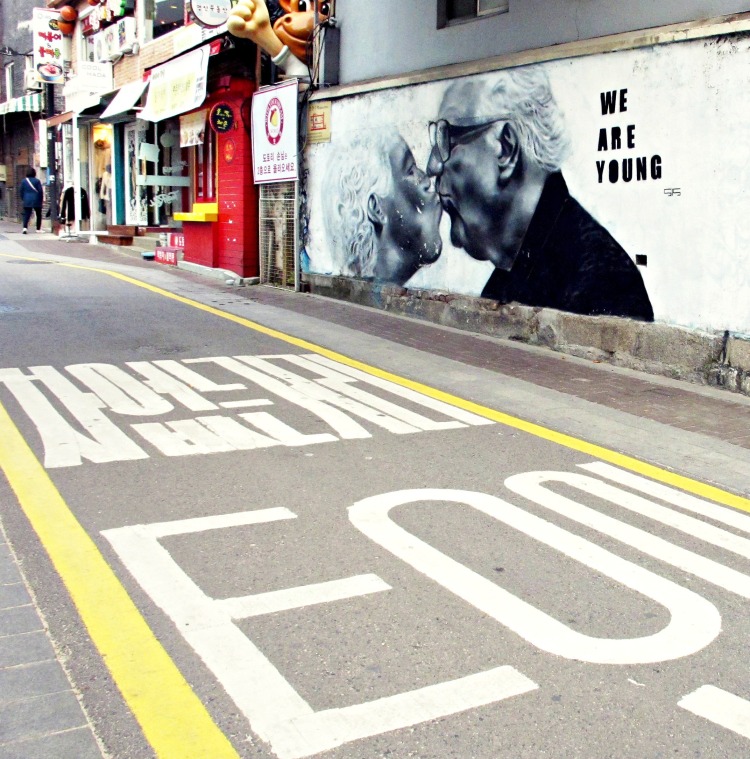 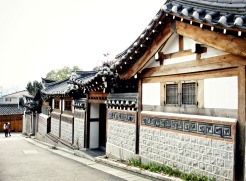 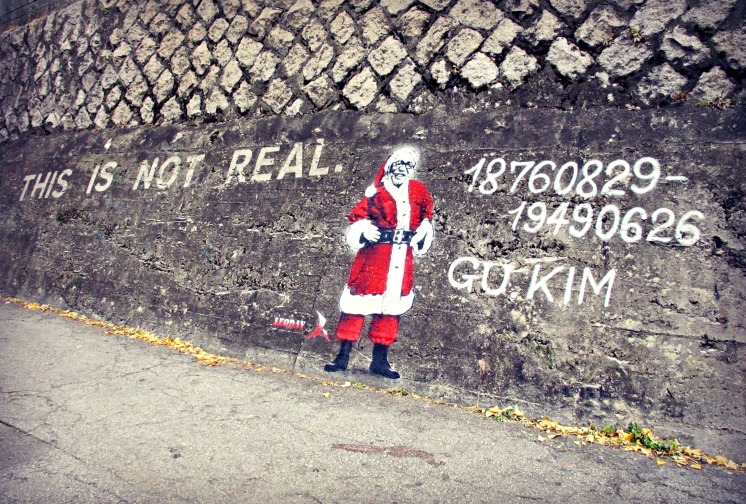 After a cup of tea in a tiny shop in the hanok village, I took the subway to Hongdae, the lively area around Hongik University full of students, cafes, clubs, and more colorful walls of art. I had trouble locating the cat cafes I’d read about, and had to get back to the airport. Next time, then. 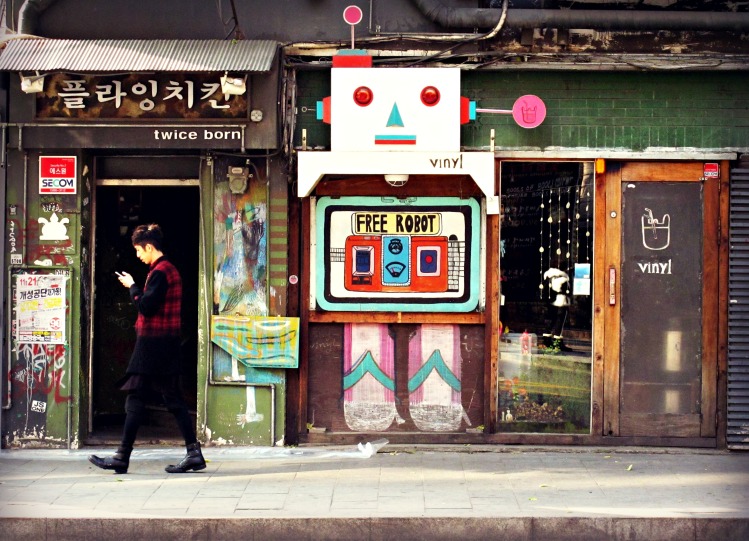 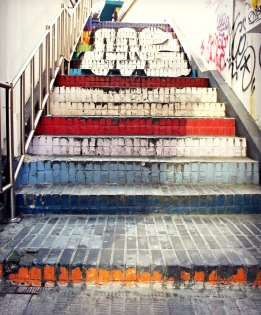 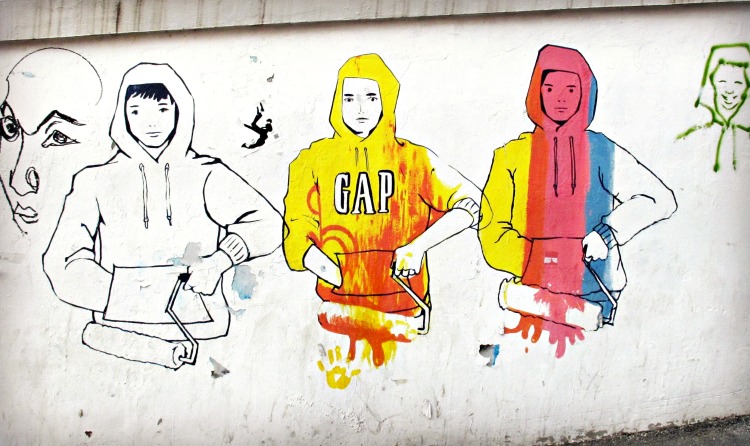 Photographs taken with a Canon G11. I took just a few iPhone shots, via Instagram.

30 thoughts on “Streets of Seoul”